Since 2010, I have led our daughter’s Girl Scout troop. Through the years I have had one primary objective for our troop – to encourage each of our girls to understand they are strong, smart, and empowered.

This year my now 8th grade troop is working on their Silver Award with the goals of raising awareness of Girl Scouts in town, as well as to increase retention of older scouts (it’s probably no surprise to learn that enrollment decreases as the kids age, the schedules get busier, and being a scout may be a bit embarrassing).

As part of their Award, the girls have started an Instagram account for sharing our Troop’s past activities as well as stories from Girl Scouts in town. Our daughter has also been working on a video/commercial highlighting the benefits of Girl Scouts for older girls (volunteer opportunities, leadership development, scholarships!).

This is where we have run into some trouble.

Discussing the plans via text (because how else does one communicate with a group of teenagers?), several expressed reservations about having their photos included in the video or the Instagram.

Did I say reservations? I mean they outright forbid it.

I’ll admit to being a bit irritated by their choice as I’m fairly certain they are posting photos and videos to whatever the current social channels of choice are (I don’t know this, I just assume). But then I remembered.

This is what I want.

Does that mean the project is DOA? Absolutely not. It means our video producer (our daughter) will learn about pivoting when one path is blocked. For the commercial that means reaching out to other troops in town to share their photos – with permission from their kids – which may actually make for a better final product.

For the girls working on the Instagram account, it means learning to be creative about how they post photos from our own troop, as well as determining what other stories can be told through the channel, which may make for a better result:

It also gives us a few more lessons we can work on.

Lessons on learning how to articulate why they don’t want to be included (we have our theories); to reflect on the influence one or two of them may be having on the rest of the Troop, and to know they always have the right to change their mind. 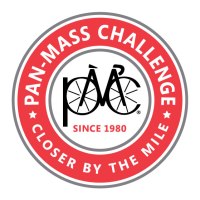